When Claude Wood talks about his business, Concord Crossroads (C3R), it is clear this is a man who remembers where he comes from. From the name of his business to the students he sponsors, Wood honors his family, supports his hometown, and stakes his reputation on certain key values.

Woods and his family have deeps ties in the small town of Chase City in Mecklenburg County, Virginia. There’s an intersection there—Rt. 47 and Rt. 634—where you can find the town’s baseball field and a little country store.

"Those crossroads serve as the center of the community,” Wood said. “I named my business after that intersection as a reminder of where I come from and how important community is. C3R represents the traits I value: Character, Commitment, Courage, and Respect."

Those values were further forged after high school, when Wood attended Virginia State University, an HBUC, in Petersburg.

“I was in Army ROTC through college, and after graduation, I commissioned as a second lieutenant in the U.S. Army,” says Wood. “I spent 25 years in the Army, and the majority of the last 10 years, I served at the Pentagon.”

Wood filed his retirement papers, and while they were being processed, the events of the September 11 attacks changed his trajectory. Because of his work in anti-terrorism, Wood was asked by senior leadership to delay his retirement, so he did. But when the time came for him to retire, the Pentagon leadership asked if he would be willing to take on a contractor role because of his specific qualifications in terrorism. They were willing to wait for him to get his business set up.

“I knew I was going to be an entrepreneur in some capacity,” Wood remembers. “My family worked as tobacco farmers, so we had the practice of entrepreneurship modeled for us. It was also ingrained in us that if you don’t work, you don’t get paid. I was open to the idea of becoming a government contractor and decided to make the investment in myself.”

Wood and his wife, also an Army veteran, decided to raise their family and establish the business in Prince William County. Based in Dumfries, C3R provides expert intelligence, security, cyber technology, and training solutions to the federal government.

In addition to being a Service-Disabled Veteran-Owned Small Business (SDVOSB), the company has grown to encompass 5,000 square feet of office space for 14 corporate employees, including some family members, as well as more than 60 contractors. Clients include the U.S. Army, Department of Veteran Affairs, U.S. Nuclear Regulatory Commission, and U.S. Department of Labor. In almost 20 years of business, C3R has expanded to 26 locations across the world including Washington, D.C.; Ft. Benning, GA; Seattle, WA; Cuba; and Kuwait.

“We pride ourselves on providing a wide range of thought-leading solutions to military and federal organizations and installations, domestically and internationally,” says Wood. “Our workforce is highly specialized and capable of collecting, analyzing, using, and managing data to tackle complex security and technology concerns.”

Wood offers internships to high school students to give them job experience and opportunities to learn about a possible career path. Wood also continues to encourage students at his college alma mater, Virginia State University, by sponsoring students who are interested in becoming entrepreneurs.

“I think people would be surprised by how many federal contractors are based in Prince William County,” Wood said. “It serves as a good location for proximity to the Pentagon and nearby military bases.”

In the early years building his own business, Wood worked with the Small Business Administration’s multi-year protégé program. When he graduated from that program, he continued to mentor and help other businesses with security clearances and the government contracting journey.

“I’m grateful and blessed that God has put me in a position to give,” Wood said. “It is much easier to be the giver than to be the person in need.” 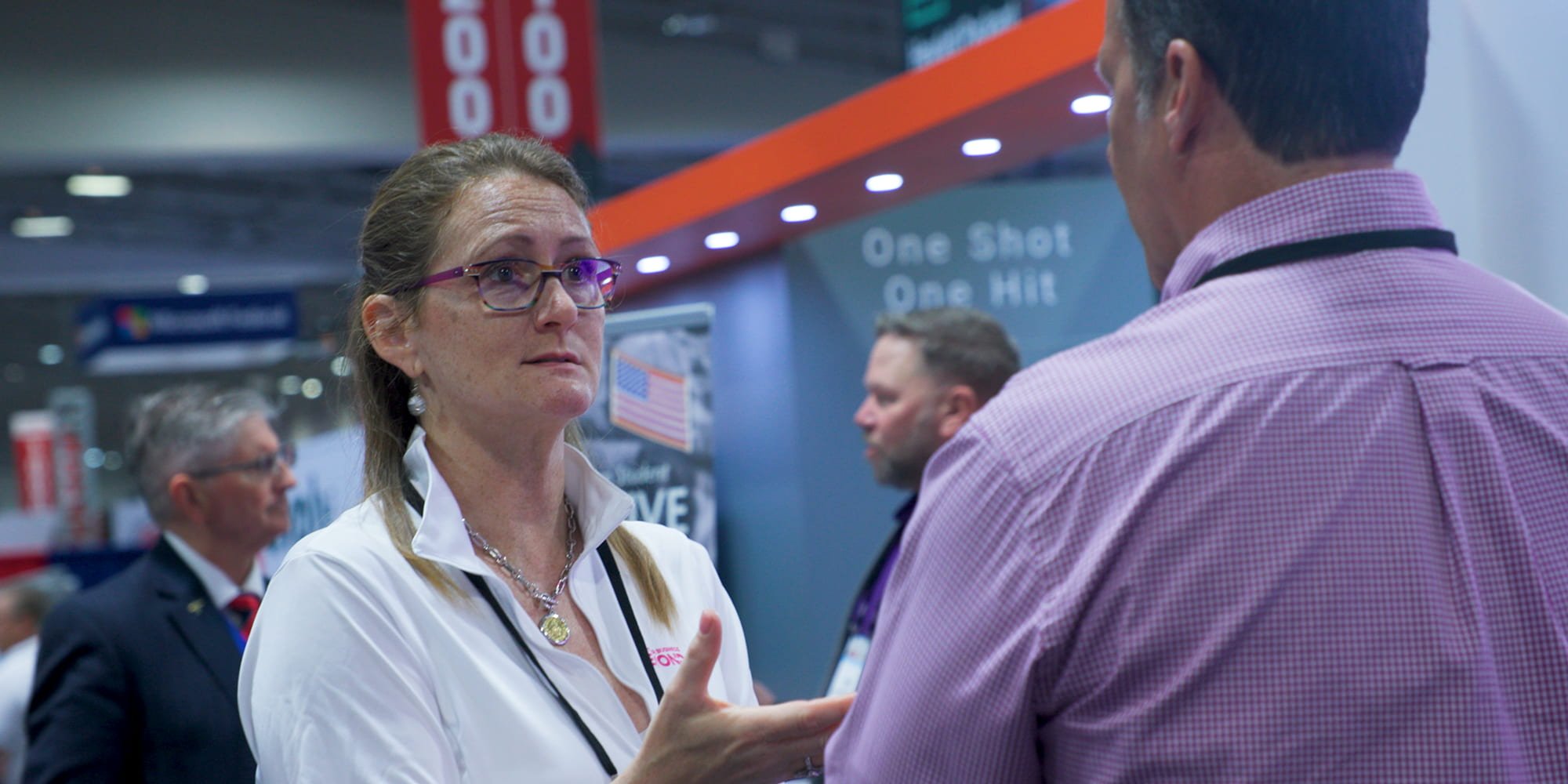